Today is Halloween.  Let’s do some funny things today. 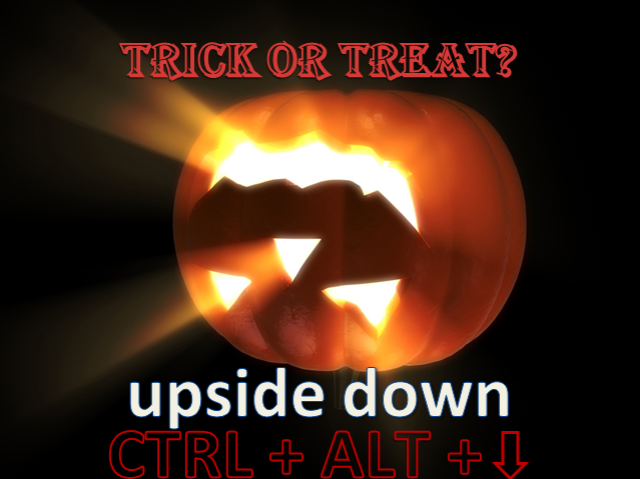 Have you ever thought about to turn your screen upside down?  To do this, you just need to press CTRL + ALT +↓

I found this trick accidentally long time ago: A colleague was sitting on my keyboard and suddenly the screen turned upside down.  All of us had no clue of what had happened.  By “replicating” what he did just before the spooky incident, we suspected that it was triggered by combination of key strokes…… after many & many trial-and-errors, we realized that the CTRL+ALT+ARROW key did the trick.

Although we managed to figure out the key combination, we still had no clues how his butt could do that after so many years. 🙂

Note: It works for Windows only, I guess (at least not working in Mac).  If it doesn’t work in your Windows, maybe you are running a very OLD Windows.  😛  (btw, not tested on Windows 8)

A similarly-evil trick In Excel: to turn the spreadsheet Leftside Right. 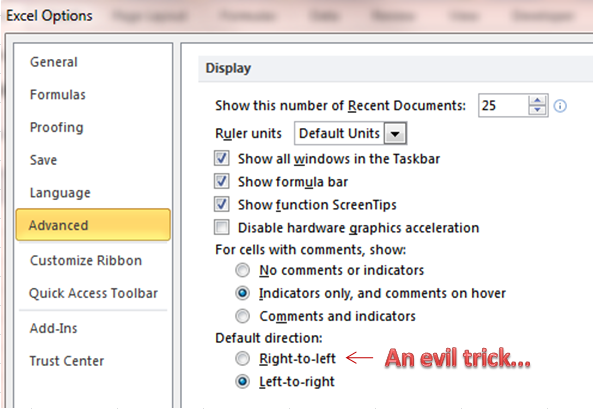 An Excel nerd who just transition into a role related to data analytics at current company......😊 Recently in love with Power Query and Power BI.😍 Keep learning new Excel and Power BI stuffs and be amazed by all the new discoveries.
View all posts by MF →
This entry was posted in General and tagged Setting. Bookmark the permalink.