Did you move the objects one by one and then realized that it took you forever to have them perfectly aligned?

Why not using the “Align” under Drawing Tools?

First to select the objects you wish to align 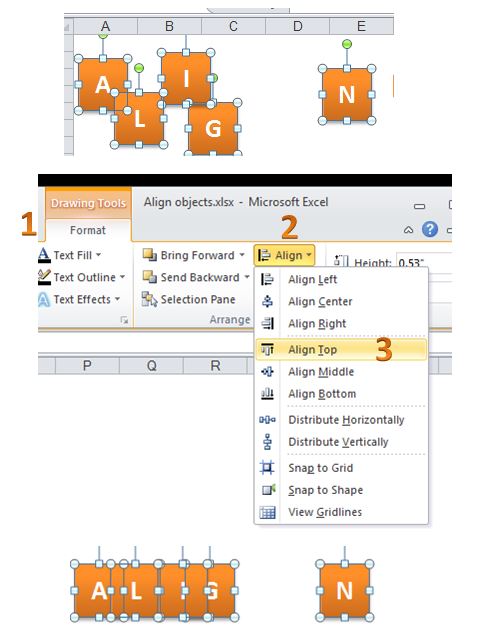 Note: You won’t see the “Drawing Tools” unless at least one object is selected.

Once you have them aligned to the Top, repeat the step and align the objects with “Distribute Horizontally”. 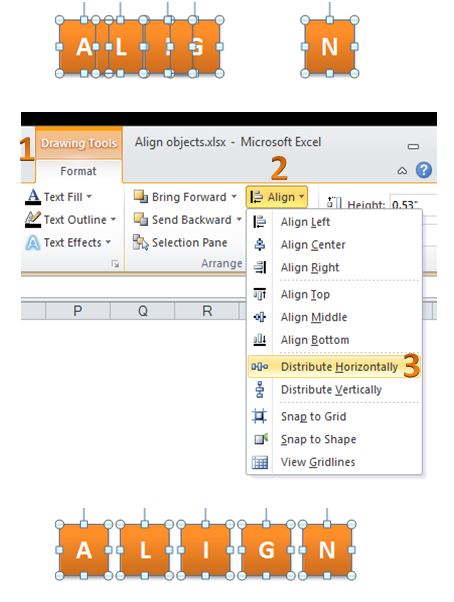 As simple as this. 🙂

An Excel nerd who doesn’t work on Excel most of the time at current job...... 🤔 Recently in love with Power Query and Power BI.😍 Keep learning new Excel and Power BI stuffs and be amazed by all the new discoveries.
View all posts by MF →
This entry was posted in Excel Tips. Bookmark the permalink.